Restricts the number of allowed published child nodes either via rules defined in a config file (parent doctype - child doctype) or via a special property in a single node (limiting the number of children of any doctype).

These two methods of defining restrictions can co-exist.

children. This must be a numeric property.
showWarnings: Show warning messages in case a property with the "propertyAlias" is found but the limit defined there has not been reached.
Examples
Let's suppose that, on your site, you have pages of type "Advert" that you place under a page of type "AdvertList". You want to restrict the number of published "Advert" pages at any time to 3. You also need to display custom warning messages to let the user know that there's a limit there, as well as a custom message when the limit is reached. The rule you should create goes like this:
<rule
parentDocType="AdvertList"
childDocType="Advert"
maxNodes="3"
showWarnings="true"
customMessage="No more adverts for you. I saved your node, but you are only allowed 3 published adverts."
customMessageCategory="Oops! Limit Reached"
customWarningMessage="Remember that you will not be allowed to have more than 3 adverts published here."
customWarningMessageCategory="Warning"
>
</rule>
Another far-fetched example would be to limit EVERY node in your site to having a maximum of 10 children, with no warning messages and a standard message when the limit is reached. To do that, you need a rule like the following:
<rule
parentDocType="*"
childDocType="*"
maxNodes="10"
showWarnings="false"
customMessage=""
customMessageCategory=""
customWarningMessage=""
customWarningMessageCategory=""
>
</rule>
The asterisk means "everything", as you may have guessed.
Usage (using document property)
Now let's suppose you have a single, specific node where you need to limit its number of child nodes to 5. In order to do that, you must specify the "special" property alias you need to use in the config file:
<nodeRestrict propertyAlias="mySpecialPropertyAlias" showWarnings="true">
And have a numeric property with alias "mySpecialPropertyAlias" in your document. Then you can go and set the number 5 on it. This will behave exactly like a rule, but only for the specific node.
If the node doesn't have a value for the "special" property, then this will be ignored.
The "showWarnings" attribute works the same way as in rules and it is global for all property-based restrictions. When applying a restriction based on the document's "special" property, it defines whether warnings will be displayed. If set to false, no warnings will be displayed (only a message when the maximum number of children has been reached).
So if your propertyAlias is, for example, "umbracoRestrictNodes" (this is the default, by the way) and you go on and add this property to a document and give it a value of 5, then that specific document will only allow for 5 published child nodes (of any type).
Limitations
The "special property" limit (when the special property exists and has a value) overrides any defined rules that can apply to the same node.
Rules are processed top-down, so make sure the more general rules go to the bottom.
If a rule is processed, no more rules are evaluated.
If you add/edit/delete a rule, make sure you touch your web.config to get the application to restart and re-read the rules. Rules are read once on app start and cached for performance.
Version History
1.0
Initial Release
1.0.1
Bugfix - Bug in count when using wildcard (*) for child document type 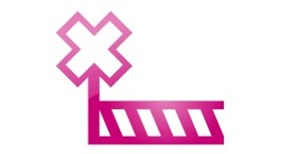