Provides a simple 'Edit This' link on the frontend of your website, that can only be seen by an editor if they are 'logged in' to the umbraco backend. Clicking this link will take the editor to the umbraco backend and display the relevant node of the page they were viewing ready for editing.

Handy for large sites when you spot a typo on the website and then have to 'find' the node in backend tree to edit it.

Package contains just a single razor macro called 'uEditThis', insert it into your layout view or masterpage ideally at the bottom,

it contains some horrible hacked inline css to display the link top right on the screen, and uses font-awesome (not included in the package) for the edit icon, but you will probably want to customize all this yourself, or at least move the css to it's own stylesheet.

Checks if current user has permissions to update the node they are viewing, only renders the edit link if they can edit it!

Link button position now fixed in the css, so it's there when you scroll...

I've added some default button css to the link, in case your project doesn't use font-awesome you may want to remove this if it does.

Added two dictionary items, uEditThisLinkTitle & uEditThisLinkText and you can define different translations in here for the languages of your site, for the 'edit this' text and link title text, the current language setting of the users browser 'should' then determine which translation of the text is shown.

it's built upon the fact that the url:

takes you to node with 'someid'

and knowing this means you could probably just do this yourself, I've created it as a package because people keep asking me about it.

Also check out Darren Fergusons’ suggestion for editing content http://www.screenr.com/THk8  it is quite cool. 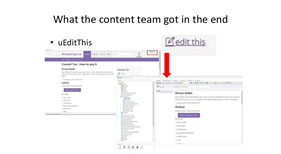 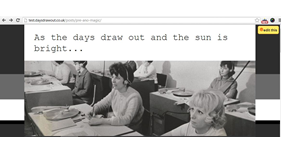 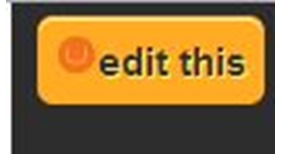 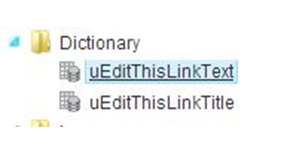 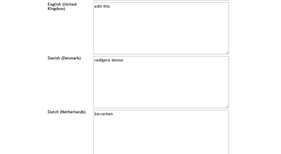 Any ideas, bugs and observations for uEditThis, could it be more of a dashboard ? have you added anything to your installs that would be good to share etc...

This package is compatible with the following versions as reported by community members who have downloaded this package: